What is a Scapegoat?

To put it plainly: a person blamed for the wrongdoings, mistakes, or faults of others. 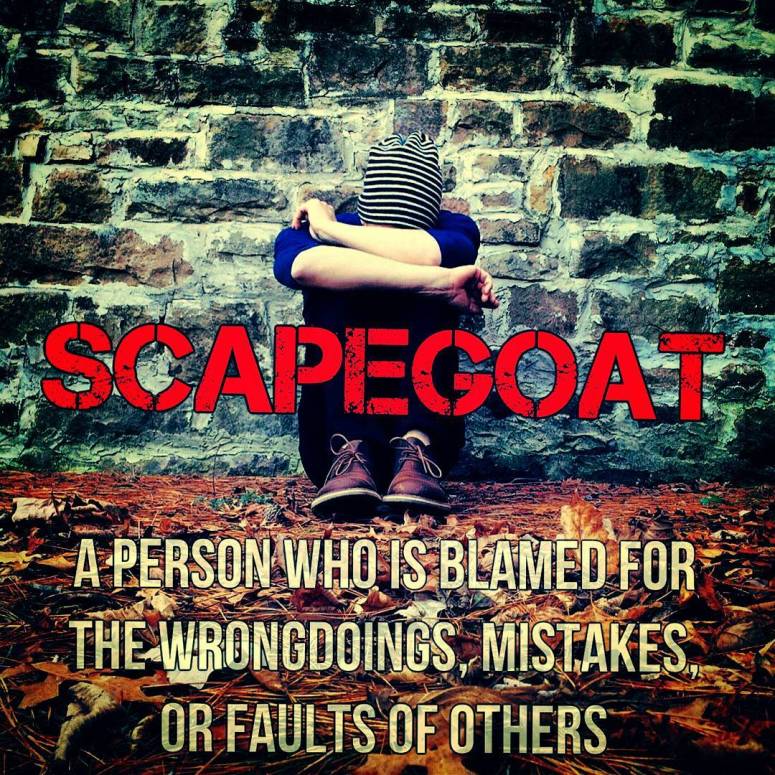 What does that mean exactly?

It means that if you are someone’s scapegoat, you are going to be the reason someone else did or said something, or the reason something happened, or more broadly YOU are the problem.

The scapegoat is given a tremendous amount of power, but ends up feeling weak, shameful, pitiable, guilty, or that they are evil, bad, or wrong. In come cases, wrongness becomes inseparable from the way they see themselves: they can mistake what others say for their true identities.

In families, the scapegoat tends to be the person the family collectively identifies as a source of their dysfunctional behavior. The idea being that if the person to blame for familial disruption is somehow fixed, then the family will be fixed.

History of the Scapegoat

From Biblical origins the goat that was sent into the wilderness after the Jewish chief priest had symbolically laid the sins of the people upon it. In later years, the Scapegoat became a symbol for Christ and his sacrifice on the cross for the sins of men.

The Scapegoat (1854–56) is a painting by William Holman Hunt

William Holman Hunt’s painting takes from the Christ as Scapegoat tradition. The problem with the history of this story is that it asks for pity, shame, and guilt. None of those feelings are in any way productive or healthy. The central feature of the burdened or blamed one is strength and that gets lost in depictions of aesthetic martyrdom.

I Diagnose Myself a Scapegoat

It wasn’t just that I was fat, or had buck teeth, wore the wrong clothes or said the wrong things. I was a scapegoat. I was the like a magnetic north for all the things that people felt ashamed for in their lives. I was a dark mirror, and instead of turning inward they would see themselves in me and try to destroy that image. I showed them the worst of themselves and their anger was not truly directed at me, I was someone they could blame for things they could not face in themselves.

That night with my nameless bully, was not really the first night I felt someone else’s suffering. I had been feeling it my whole life with people, not knowing what was mine and what was theirs. I didn’t know that emotions were contagious and I had a weak immune system. Weak might be the wrong word. I was capable of taking feelings and experiences from other people, without knowing what I was doing.

Left alone with anyone for long enough and I would hear their life stories, I would know their secrets, and I would become a target because of this. I was dangerous for people who didn’t want to see their shadows and sometimes I knew too much.

I would later learn that the scapegoat is the person people unconsciously identify as the strongest. The weight is put on their shoulders because the others think they can take it. I was carrying at capacity for so many years, and desperately wanting to know: why me? 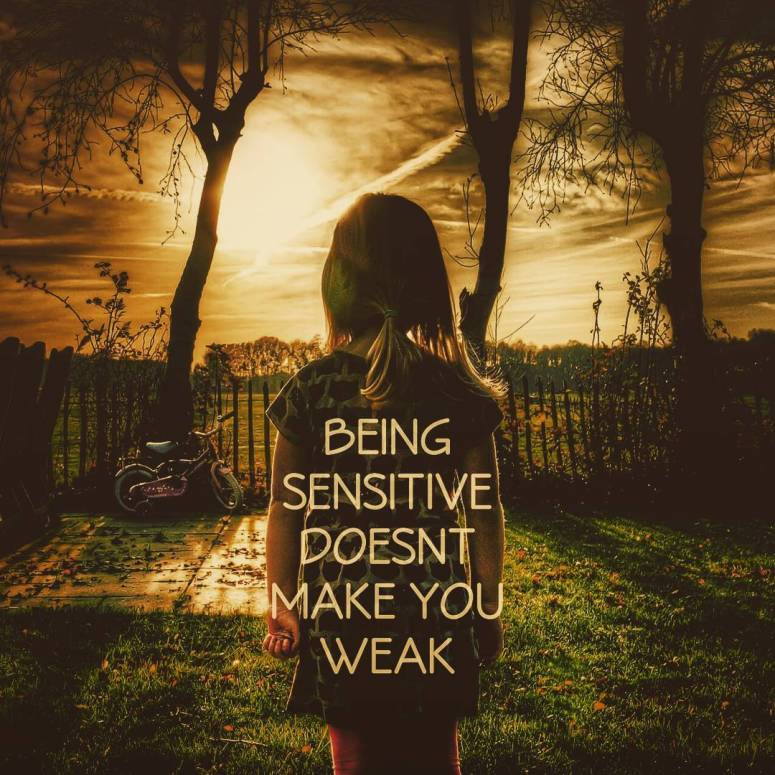 Of my early life…when I say I made it out alive, I have to add: just barely.
The most difficult thing to accept when something happens is that there is no one to blame. I think of lyrics from the song Allah, Allah, Allah, by mewithoutYou:

We are all caught in these cycles of cause and effect and in our pain, we try to find someone or something to blame, but in doing so we deny the way of that cycle.
We want cause and effect to be a continuum, a straight line between problem creation and problem solved. It’s easier to think of things that way because then we don’t have to deal with the hardest and darkest parts of our lives.

The scapegoat is the solution to a problem. Cut them out, punish them, do whatever it is you need to do to make them responsible, and then the problem is no longer yours, it’s theirs because they are to blame.

As a scapegoat myself, I have felt ashamed for crimes and actions that have not been my own. I allowed myself to take the blame, believing that the others knew something about me that I didn’t. I thought the monster was me, and not something I had created from all of the hurt I had experienced.

I won’t talk about my family here, because it is too complicated, and while many of my wounds have healed, I have to respect that it is not that way for everyone involved.

What I can say is that I have carried a lifetime’s worth of burdensome shame. I lived the life of a problem that needed to be fixed treated as a disease, a contagion that needs to be managed with medication or otherwise dealt with, and in being managed, the problem in the family would be cured. I don’t know what they thought that family was without me, or with me fixed. Perhaps a return to some idea of themselves, or some idea of happiness they would never have with or without me.

In reality, everyone is the victim and there is no one to blame.

5 Ways to Binge Watch a TV Show for Catharsis 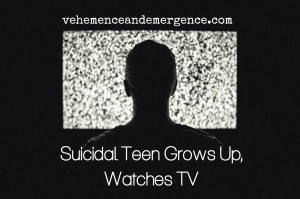 3 thoughts on “I Diagnose Myself a Scapegoat ”